The power of table topics in getting us to think quickly and put together a short speech on the spot was really put to the test this week. Harriet gave us some statements that were the opposite of what might be considered ‘normal thinking’ and invited us to put the case for or against each one.

Eddie revealed his weakness for Hollywood movies with happy endings, while Tony thought that switching off the internet for one day a week would definitely be a Good Thing. Running silent Toastmaster meetings where speakers had to mime got short shrift from Jill, and Rebecca proved she had listened carefully to John Davies’s earlier speech about autonomous cars but wondered what would happen if she pulled up next to one at the lights. 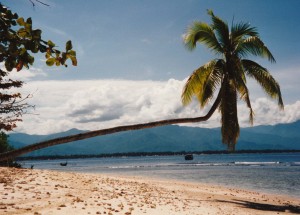 Meanwhile John put the case against giving only young people the vote, and Liz was quite vehement that ice-skating should be banned, mainly because of the consequent renditions of routines performed on reality television. Another strong case was made by Kim (a passionate fan of cruises) arguing that holidays were definitely NOT a waste of time.

Steve had us worried for a while as he initially agreed that men and women should not live in the same house, but restored the good opinion we have of him by presenting a stronger counter-argument. Phew! The winner was Sam with her thoughts on why everyone should have nine lives and the freedom it would offer people participating in high risk activities.

Another great evening with lots of humour and some splendid talks.