Chickens, Diana and the SAS 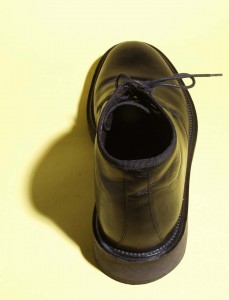 Our meetings are nothing if not diverse and what we sometimes lack in numbers we make up for in imaginative, innovative and inspirational speeches. Last night was no exception as David Guy introduced us to the three banners of this season’s Premier League: ‘the happy one’ (Chelsea), ‘the chosen one’ (Manchester United), and ‘Suarez and Sturridge’ otherwise known as the SAS (Liverpool). Even I had heard of the ’empty shoes’ left by Alex Ferguson, and David’s speech was notable for engaging with the audience whatever their level of knowledge, and his clever use of rhetorical devices.What you might call a champion speech.

When Matt Hegarty began his speech with the words ‘Take one chicken …’ I thought we were about to hear a recipe, but instead we had a crash course in compliance behaviour and the psychology of influence. It was fascinating and Matt’s evident knowledge and delightful delivery earned him Best Speaker award of the evening.

Sam Warner delivered Earl Spencer’s eulogy at the funeral of his sister Diana, Princess of Wales as her oratorical speech from the manual Interpretive Reading. There was complete stillness in the room as Sam took us back to 1997, and her expressive and moving rendition of his speech engaged us completely. Many congratulations to Sam on achieving her Advanced Communicator Bronze award.

It was great to have our Area Governor Louisa Hitchen attend our meeting, and Louisa gave an exemplary evaluation of David’s speech for which she won Best Evaluator award.

Our impromptu Table Topics session was chaired by Sam who set us the challenge of ‘telling a whopper’ on the subject she gave us. This led to some inventive speeches with Rebecca searching for bright green gems in the local park, Jill bathing in the Milk Sea, Matt recounting his absolute love of politics, and Louisa posing the question ‘Which came first the worm or the soil?’. But the runaway Best Table Topics speaker was David with his revelation that he was the sole pioneer of 4th generation ironing technology. Did we have fun? I rest my case.