Do you ever have one of those thoughts whizz through your mind at the most inappropriate time.  I had such a thought at about 4am this morning.

What was the thought?

I was thinking I haven’t blogged about the last couple of meetings and also thinking what topic can I talk about for my  next speech which will be from the Entertaining Speaker manual.  Why these thoughts don’t come to me at a normal time of day  I don’t know, but once the thought was there I was musing over all sorts of ideas.

Over the last couple of meetings at Shropshire speakers we have had a regular stream of visitors curious to see what its all about and how we work.

One small step can lead to one more confident voice.

In November we had a speech given by John Davies from an advanced manual Speaking to inform .  His topic was photography and we were privileged to see some of the excellent pictures he had taken  along with some tips and explanations about composing pictures.  He also explained how to use some of the pieces of kit he had as well and left many of us a little clearer on F-stops. 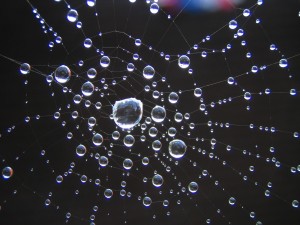 I had the role of evaluating Johns speech and there was plenty to evaluate he had bought lots of equipment to show and tell which also reinforced his points and we were also clear  that he took photography seriously.  The accompanying powerpoint presentation was slick with a simple uncluttered background theme to emphasise the stunning images a selection of which is above.

Rachel Gately gave her third speech on her decision to try being a vegan how it was going and why she made the decision.  This was both an enlightening speech in the topic and a demonstration of leaps in  improvement that  Rachel has made as she takes on board evaluation feedback from previous speeches.

When we ask visitors for feedback at the end of the night many of them comment that they didn’t realise it was so structured,   but the structure gets a big thumbs up.  The tried and tested structure (to me and many others I think) makes toastmasters more appealing.  There’s support all the way with the actual programme of books and encouragement from the members.  The opportunity to achieve your own personal goals or if you get hooked to enter speaking competitions and take it to another level you may not have considered.