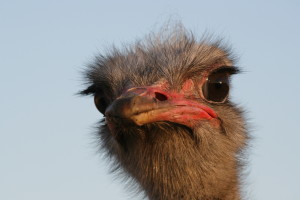 We held our first Tall Tales competition at a special ‘extra’ meeting last night and discovered what happens when you let members’ imaginations run riot.

Tony Madeley revealed a hitherto unknown ‘fact’ about a European farming treaty, while Kim Kelly took us from Buckingham Palace to an aircraft carrier with a briefcase handcuffed to her wrist. Next came David Guy with an extraordinary story about Wide Jon Thompson – animal lover, insatiable eater, and home to whole civilisations (for a while), followed by Jill Ming and her tale about Amelia Rosemary Finch’s capture of the world’s largest bird (or was it a plane?). Finally Rebecca Evison transported us to another world, time and place recounting her life as a troll during the filming of Merlin in France.

Harriet Morris led a team of six judges who had the difficult task of marking each contestant on a range of criteria, but found the Toastmasters’ points system very fair and easy to use.

This entry was posted in Blog, Competitions and tagged tall tales. Bookmark the permalink.